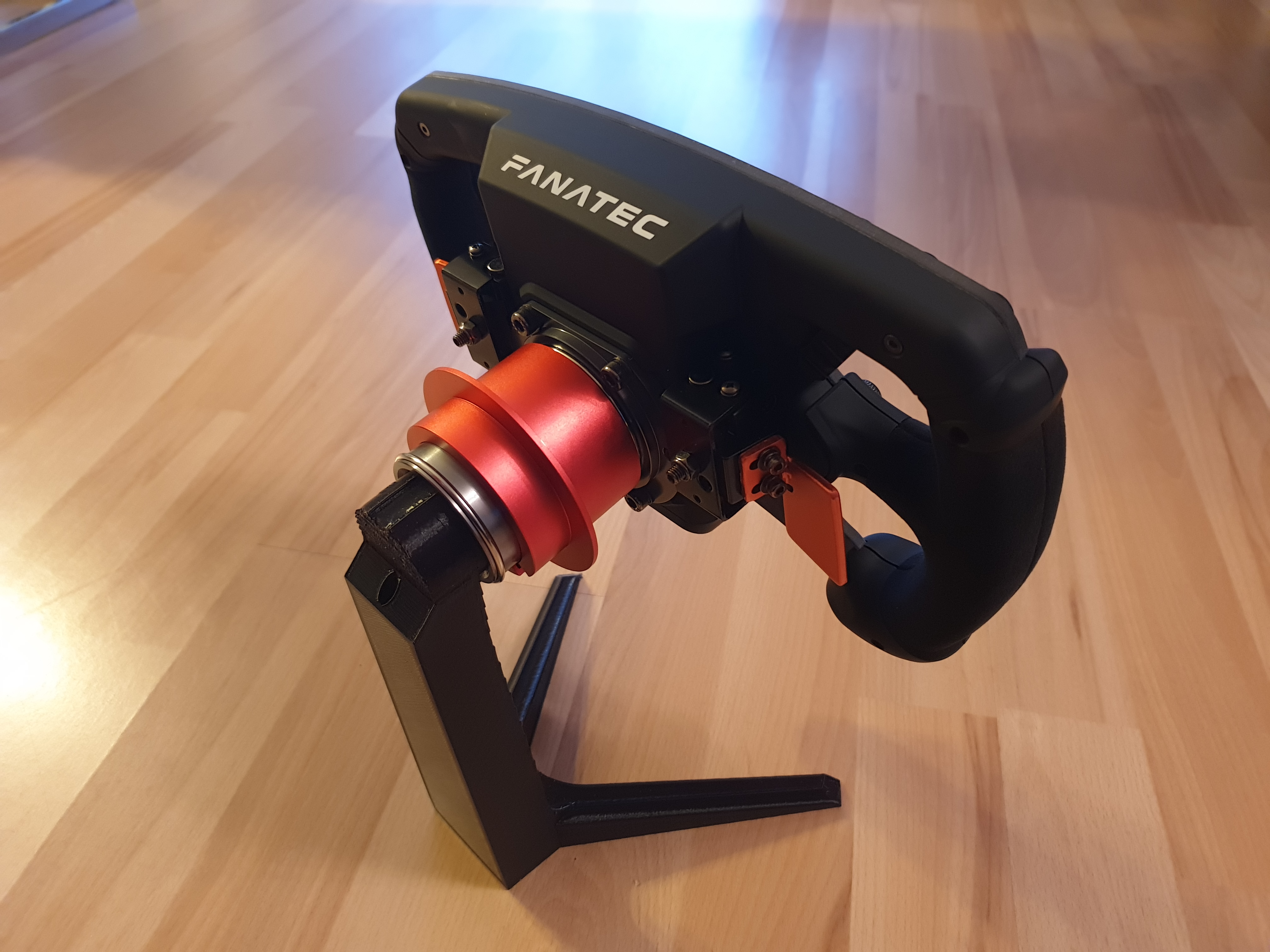 I wanted a place where I could store my spare/currently unused Fanatec wheel but did not want to just lean it against or mount it onto a wall.

So I’ve tried to create a stand similar to some of those headphone stands you can find here as well.

I have used the Fanatec wall mount adapter by blazze11 (see remix section) and attached it onto a self-made stand which was done in Fusion 360. Not knowing how sturdy the end result would be in PLA I have made it relatively thick and used 20% infill.
The main stand’s pillar is tilted back so the wheel’s center of gravity is a little more towards the back as well and the whole thing isn’t too front-heavy and won’t easily be tipped over.

The end result seems fine overall but as always feel free to modify it – please post it as a remix though, I am curious about your ideas as well!

Printing with the Anycubic Mega-S I had to pretty much max out the maximum build volume, so I had no more space for brim or skirt – adjust your slicer settings accordingly or use the 3mf file to scale the stand itself a little if you have to. Don’t forget to move the quick release mount to an appropriate position if you modify the stand, though.
I have made the stand the way it is so scaling it only in eg. Z direction won’t be too noticeable.

STL: one object, print this if you do not have to make size adjustments
3MF: multiple objects, scale down the stand if you have to, move the quick release mount to the new position and save as single object/merged to print

Despite its size the print only took about 7 hours.

Oh, the hole at the back is for storing the allen wrench / hex key that is needed for the CSL Elite wheel. I should have made a second hole to store the screw as well, but I noticed it tends to slip out of the semi quick release mechanism after everything was done … 😉